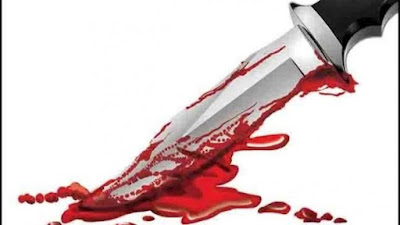 One Abubakar Abdullahi, 17, of the Idi Quarter, Gombe, has been arrested by the police for fatally stabbing 15-year-old Yusuf Suleiman following a dispute over the sharing formula of  masa (rice cake) gift.

A long knife believed to be the murder weapon was recovered from the suspect.

This was contained in a statement by the Police Public Relations Officer in the state, SP Mary Malum, which was obtained by Northern City News in Gombe on Tuesday.

Malum said the suspect was arrested by policemen attached to the Gombe Division over a case of culpable homicide.

She stated, “Abdullahi stabbed one Yusuf Sulaiman, 15, in his chest region as a result of a disagreement over the sharing formula of food (masa). A long knife was recovered from him as exhibit; the case is under investigation and the suspect will soon be charged for prosecution.”