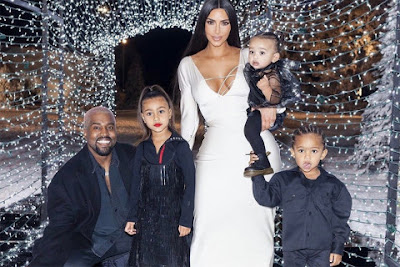 The gender of Kim Kardashian and Kanye West ‘s fourth child has reportedly been revealed. It’s said that the star and her husband are preparing to welcome another child via surrogate.

Kim gave birth to their first two children, North, five, and Saint, three, but she struggled with difficult pregnancies.

And after warnings from doctors, the couple decided to have their third child, daughter Chicago, 11 months, with the help of a surrogate mother.

It’s now reported that they’re preparing to welcome their fourth child – and it’s said that they’re having another baby boy, according to People.

It’s been said that Kim will be using a different surrogate this time around.

Kim had another embryo with Kanye and it has always been their intention to use it to expand their family further.

A source told People that the pair had, “hoped to work with the same gestational carrier,” but after that didn’t work out, they are now, “working with a second carrier now that is pregnant and will give birth in the spring.”