Home / National and Metro News / #FreeBritney! Dozens protest in court as they tell judge they want Britney Spears to have her life back

#FreeBritney! Dozens protest in court as they tell judge they want Britney Spears to have her life back 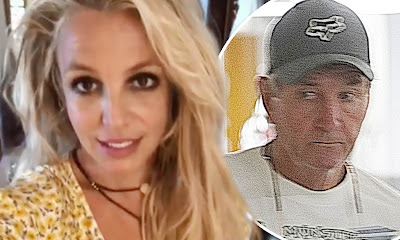 Dozens of Britney Spears fans and followers of the #FreeBritney movement gathered outside a court in downtown Los Angeles Wednesday while inside a hearing was held over the troubled pop star’s controversial conservatorship.

‘Britney should be allowed to have control of her own life, her money, her career, her travel, everything,’ longtime Spears fan Christina Taft, 25, told DailyMail.com as she stood outside LA Superior Court holding a placard reading ‘End the Conservatorship.’

Taft who traveled 300 miles by bus from San Jose, California to be at the protest, added that Britney’s conservatorship – which has given her father, Jamie Spears strict supervision over her lifestyle and career for 11 years – has made her a ‘prisoner.’

’She should be set free and given back her rights. Her music is all about personal freedom – yet she herself is being denied that.’

Another protester who joined the crowd in chatting choruses of ’Free Britney’, Justin Pease, 32 ,of West Hollywood, CA, told DailyMail.com: ‘I’m here to raise awareness of the injustice that is being done to Britney. She is a cash cow for all theses other people – yet she’s not allowed any control over her money or her life. She has rights like everyone else.’

While the protesters marched up and down outside the courthouse carrying signs with slogans like ‘Let Britney Live on Her Own Terms’ and ‘The Conservator is Toxic,’ inside, Judge Brenda Penny cleared the courtroom and sealed the transcript from Wednesday’s hearing, saying issues being discussed – including Britney’s medical condition, her two sons and her personal finances – are too private and confidential to be aired in public.

Her father Jamie Spears, 67, and Britney’s mother Lynne, 64, were both in court along with a small army of lawyers representing them, the star herself, and the conservatorship. 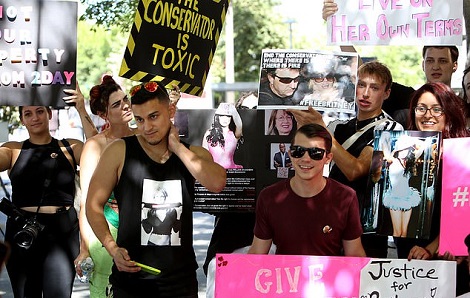 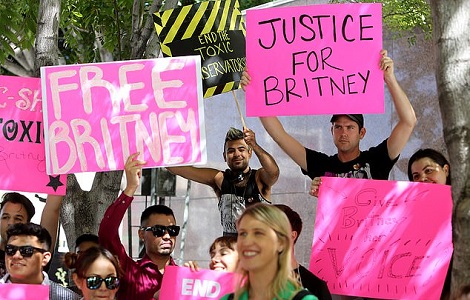