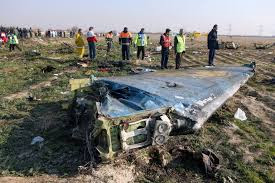 Several people have been arrested in Iran in connection with last week’s shooting down of a Ukraine International Airlines flight with 176 people on board.

“We conducted intensive investigations and several people were arrested in connection,’’ said Justice Ministry spokesperson, Gholam-Hussein Ismaili, according to the Isna news agency.

He did not say which divisions or organisations employed those arrested. He added that the case is complicated and has many dimensions that must be investigated before a result can be reached.

“This case is no normal case and has to go before a special court and investigated thoroughly by multiple experts,’’ he said, renewing his calls for a complete probe.

He said the investigation must be conducted transparently and, regardless of the findings, made public, with those responsible for the attack on the plane brought to justice.

“We have to make sure that this kind of tragedy never happens in our country again,’’ he said.