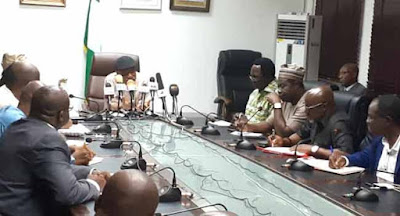 The Federal Government has fixed January 23, 2019, to transmit the new Minimum Wage Bill to the National Assembly with a view to fast-tracking the implementation of a new wage structure for Nigerian workers.

The Minister of Labour and Employment, Chris Ngige, confirmed this to journalists on Tuesday after a meeting with the leadership of the Nigeria Labour Congress and its allies in Abuja.

He assured the labour leaders that the government will be presenting the recommendations of the tripartite committee to the States Security Council in the coming weeks.

According to him, the whole process that precedes the transmission of the bill to the National Assembly will be completed before January 23.

On his part, the President of the NLC, Ayuba Wabba, stressed the importance of keeping to the timeline to avoid further disagreements between labour and the government.

Share
Previous R Kelly Now Being Criminally Investigated
Next Koko Zaria Prays For MC Oluomo, Says You Will Not Die