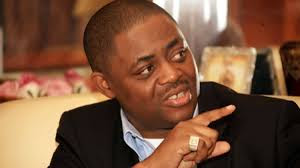 Former Minister of Aviation, Femi Fani-Kayode has described the Minister of Power, Babatunde Fashola as a shallow-minded and overrated individual who only cares about his ambitions.

Fani-Kayode rolled the heavy knock on the minister following his comments on Nigeria roads.

Speaking shortly after the Federal Executive Council meeting on Wednesday, Fashola insisted that reports on the poor state of the country’s roads were mere hypes.

This comment from the minister has earned him heavy criticism from Nigerians and Fani-Kayode known for his staunch criticism of President Buhari’s administration didn’t let this pass without passing his comment.
”