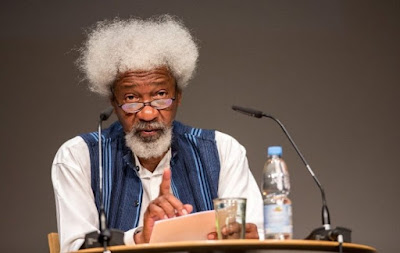 Nobel Laureate, Prof. Wole Soyinka, says fake news has become a threat to mankind, adding that it may cause World War 3.

Soyinka who is a panelist at BBC News‘ ‘Countering Fake News’ symposium said this in Abuja on Wednesday.

He said, “I’ve said this before that fake news may cause World War 3 and the fake news will be started by a Nigerian.”
The playwright said it was unfortunate that many false statements have been attributed to him.

He added, “During the last Presidential election I was quoted as saying that it serves President Jonathan right for marrying an illiterate.

“Sometimes some people quote me as saying if you vote for a particular candidate, your mother is a goat or your father is a gorilla.”