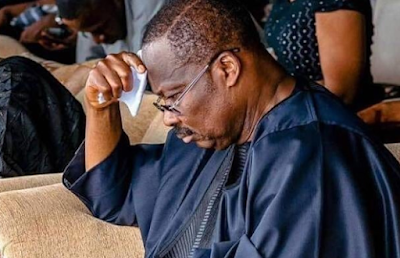 It was another set back for the immediate-past governor of Oyo State, Mr Abiola Ajimobi as his ambition to challenge the election of Senator Kola Balogun of the ruling Peoples Democratic Party (PDP) hit the rock, just as the Oyo State National and State Houses of Assembly Election Petition Tribunal sitting in Iyaganku, Ibadan, on Tuesday, upheld Balogun’s election.

The matter with case number EPT/OY/SEN/12/2019 has the All Progressives Congress (APC) as the petitioner while the Independent National Electoral Commission (INEC); Dr Kola Balogun and the Peoples Democratic Party (PDP) served as the first, second and third respondents respectively.

Balogun had scored 105, 720 votes to defeat Ajimobi who polled 92,213 leaving a margin of about 13, 102 votes, as announced by the electoral umpire. The judgement which lasted about three hours was read by Justice Akpovi on behalf of other members of the panel. Justifying the decisions of the panel to throw out the petitioners prayers, the panel held that the APC failed to prove the petition beyond a reasonable doubt, arguing that only 11, 759 votes were in contention out of the total votes scored and recorded in the election.