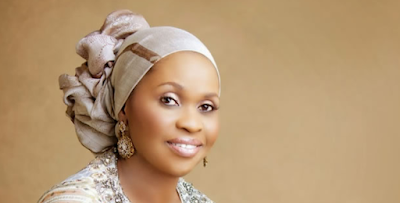 The Economic and Financial Crimes Commission has filed an application before a Federal High Court sitting in Lagos seeking the permanent forfeiture of N1.9bn belonging to business mogul and socialite, Bola Shagaya.

This comes two years after Sunday Punch exclusively reported that the EFCC had frozen the bank accounts of Shagaya due to fraudulent activities she allegedly perpetrated in conjunction with Dame Patience Jonathan, the wife of the immediate past President.

In an EFCC fact sheet made available to Saturday PUNCH on Friday, the commission said it had been able to establish beyond reasonable doubt that the funds, which have been frozen since 2016, were part of a fraudulent N3.3bn oil deal between Shagaya and Mrs. Jonathan

The commission said it had no intention to prosecute Shagaya but its primary goal was to forfeit the funds to the Federal Government.

Narrating how the alleged fraud took place, the anti-graft agency in an affidavit deposed to by an operative, Musbahu Abubakar, claimed that  Shagaya through her alleged fraudulent activities in the Nigerian National Petroleum Corporation, influenced the fraudulent allocation of kerosene to a firm, Index Petrolube Africa Ltd., with the aid of Mrs. Jonathan.

The EFCC said as a result of these alleged fraudulent activities, Shagaya was given a founder’s fee in the sum of N3.3bn by Index Petrolube and its sister company, Autodex Nigeria Ltd., both owned by a lawmaker, Ezeani ThankGod, for the fraudulent allocation of kerosene.

The commission said based on this transaction, Shagaya paid N1.2bn into the Diamond Bank account of ‘Women for Change Initiative, an NGO owned by Patience of which she (Patience) the sole signatory.

It, therefore, stated that the N1.9bn frozen in the accounts of Shagaya be forfeited permanently to the Federal Government since the funds were proceeds of fraudulent activities.

The document read in part, “The commission investigated the unlawful activities of Bola Shagaya and former First Lady, Dame Patience Jonathan, in relation to the allocation of DPK (Dual Purpose Kerosene) in NNPC in which investigations revealed unlawful proceeds of N3.3bn received by Bola Shagaya in which she made payments totalling N1.2bn to a proxy of Dame Patience Jonathan and retained the sum of N2bn.

“Investigations further revealed that part of the funds amounting to N1.9bn was warehoused in her account domiciled in Unity Bank Plc.

“The team via Suit No FHC/L/OS/1973/16 obtained an order attaching the sum of N1.9bn warehoused in the account of the bank.

“That Bola Shagaya subsequently via Suit No: FHC/L/CS/1004/2017 approached the court seeking an order of court to set aside the interim attachment order in Suit No: FHC/L/OS/1973/16 which the judge dismissed on the grounds of lack of merit.

“From the foregoing, the team seeks approval to forfeit the said funds in the account to the Federal Government under the forfeiture without conviction plan.”