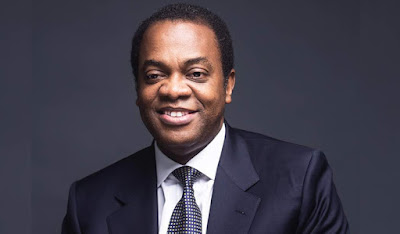 A Federal High Court sitting in Lagos has discharged the order granted the Asset Management Corporation of Nigeria, AMCON to take over the Ikoyi property of former Governor of Cross River State, Mr Donald Duke over a debt of N537.3m.

Justice Nicholas Oweibo discharged the order yesterday based on the settlement terms filed and moved by AMCON’s legal team.

Mrs Juliet Benson representing AMCON told the court that the former Governor had fulfilled the terms of the settlement of the debt and both parties have agreed.

She then urged Justice Oweibo to adopt the terms of settlement as the judgement of the court.

Counsel to Donald Duke, Edoigiawerie Uyi confirmed to the court that his client has shown good faith by promptly making a payment of over N350m in settlement of the outstanding debt, a payment which parties all agreed to.

He also urged Justice Oweibo to enter the terms of settlement as the full and final judgement of the court.

In his short ruling, the court granted the terms of the settlement and entered it as full and final judgement.

The judge also ruled that all orders in the case stand discharged.

On the 8th of August, the Court had granted an interim order to the Asset Management Corporation of Nigeria, AMCON and United Bank for Africa to take possession of a property in the Ikoyi area said to have been mortgaged by a former governor of Cross River State, Mr Donald Duke, over an alleged debt owed the two organizations.

Share
Previous FG to increase VAT from 5 to 7.2 percent
Next Ekiti State Commissioner for Health confirms quack doctors perform surgeries in the state