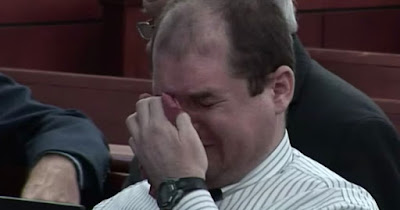 A single dad who murdered his five young children sobbed and wiped away tears as a court was shown photos of the smiling kids on a large screen.

Tim Jones used a handkerchief to dry his tears as his eyes and cheeks became red and puffy, and the court took a break so he could compose himself during his death penalty trial.

He also broke down when a jury was shown two mobile phone video of his daughter Merah, eight, and Elias, seven, crying and asking for their mum less than a year before they were killed.

The 37-year-old has been convicted of murdering his five children – daughters Merah and Abigail Elaine, one, and sons Elias, Nahtahn, six, and Gabriel, two – in August 2014 and is now trying to avoid a death sentence.
After killing the kids at home in Lexington, South Carolina, Jones drove for nine days with their bodies in his vehicle before abandoning them in bin bags in a forest about a week after the murders.

Jones was arrested days later and told police he became angry with Nahtahn after the boy deliberately blew electric sockets in the family’s home.

He claimed he ordered Nahtahn to do strenuous exercises, including squats and sit-ups, for a long time, and later found him dead in his bed.

A pathologist was unable to determine Nahtahn’s cause of death.

Jones went out to buy cigarettes, returned home and strangled the other four children to death – two with his hands and two with his belt.

He claimed he heard the demonic voice of a “creepy gremlin” telling him to kill his other four children while he was on his way back from the shop.

Jones broke down multiple times with his eyes and cheeks becoming red and puffy when the jury was shown two videos of Merah and Elias crying for their mum in June 2013, WIS TV reported.

Jones sent the videos to his estranged wife Amber, with one showing Merah sobbing “Please, mummy”.

The other shows Elias begging his mum to come home, saying: “I had a nightmare for you mummy.”

He was convicted of five counts of murder on Tuesday, and the same jury is now tasked with deciding whether he should die by lethal injection or spend life in prison without parole.

Boyd Young, defending, pleaded with jurors to spare Jones’ life and send him to prison until the day he dies.

During his trial Jones had pleaded not guilty by reason of insanity and his defence team argued he had schizophrenia. 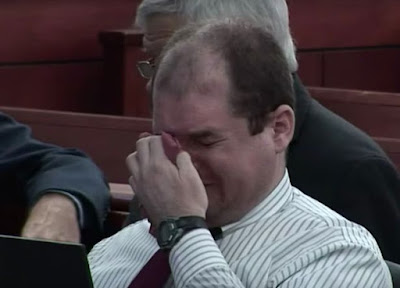 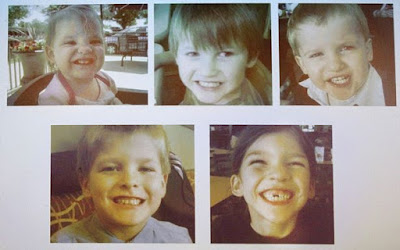