Home / Featured / Court to Atiku’s son: Children should be with their mother… but he bluntly disagrees

Court to Atiku’s son: Children should be with their mother… but he bluntly disagrees 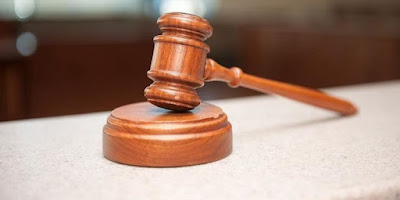 As hearing resumed in the case instituted by Maryam Sherif, divorced wife of Alhaji Atiku Abubakar, for custody of their children, the judge Sidi Bello Rufai, said the right place for the children to be is with their mother.

Abubakar is the son of Nigeria’s former Vice President of the same name.

Sherif, had instituted a case against Abubakar, at the Upper Area Court of the Federal Capital Territory, Gudu, Abuja, with number CV/41/2019, seeking the court to grant her custody of their three sons.

The three boys are in their father’s custody at the moment.

When the matter resumed last week after a couple adjournments, Bello said the preferred custodian of the children is the mother.

Abubakar and Sherif were both in court.

The judge said the father should not use his position to forcibly take away the children from their mother.

According to the judge the children should be handed over to their mother, and if the father has any cause to, then should challenge for their custody in court.

He said under Sharia, Allah has given the mother right to take care of their children, and it was not their place to pick and chose which laws to obey depending on how it suits one in any circumstance.

He said the children are innocent and should not be made to suffer over disagreements of their parents.

The court got quite heated as Abubakar argued that the best place for the children to be at the moment was in his custody.

He said at the moment the children were in Yola where he could provide shelter and education for them.

Abubakar seemed incensed over judge’s direction and he argued strongly, giving reasons why the children should be with him.

Abubakar’s lawyer pleaded with him to keep it down that they were in court.

The judge insisted that the law required that the children be with their mother, and it was not their place to choose which laws to obey and which ones not to, depending on the circumstances.

As the arguments continued, the judge ended the session abruptly and left.

It was gathered the matter had been transferred to the Upper Area Court, Kubwa, FCT, and a date is yet to be fixed.