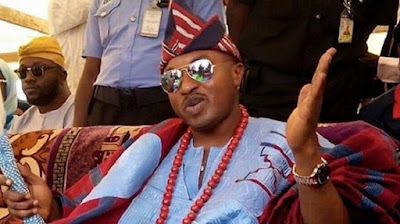 An Osogbo Chief Magistrates’ Court in Osun on Friday ordered the Oluwo of Iwo, Oba Abdulrasheed Akanbi, to appear in court over an alleged assault.

The Oluwo is accused of allegedly attacking and punching another monarch,  Agbowu of Ogbaagba, Oba Dhikrulahi Akinropo during a peace meeting on Feb. 14.

The meeting convened by an Assistant -Inspector-General of Police in charge of Zone 11, Mr. Bashir Makama, in his Office was called to settle a land tussle in Iwo land between the monarchs.

Earlier, the Prosecution Counsel,  Mr. Soji  Oyetayo approached the court for an order on motion exparte in order to file an application against the Oluwo.

Ruling in an Exparte application, Magistrate Olusegun Ayilara, ordered the police to put the traditional ruler on notice before the date would be fixed for hearing of the matter.