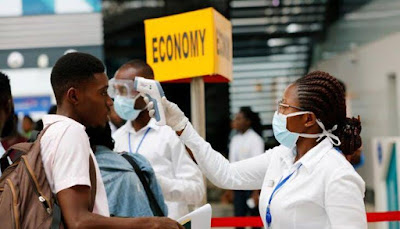 There are subtle fears in some quarters that Nigeria may be at a higher risk of recording another case of the coronavirus disease following new cases recorded in neighbouring Cameroun and Togo.

An official of the Nigeria Customs Service told Sunday Punch that as of Saturday the surveillance at the borders was very low unlike in 2014 when the Ebola Virus Disease hit Sub-Saharan Africa.

“Port health officials are stationed at the borders but as of now, they are not active,” he added.

The Director-General, Nigeria Centre for Disease Control, Dr Chikwe Ihekweazu, had last month raised concerns over the porous nature of Nigeria’s land borders. He said the land borders were a challenge and health officials should be mobilised to prevent the virus from entering through them.

Responding to a question about Federal Government’s plan to monitor the borders, he said, “We do have a challenge at our land borders.”

He however said his agency’s current risk assessment for the virus was that most people coming from China would most likely be coming through the airports.

With the new cases recorded in neighbouring Cameroon and Togo, however, the the risk assessments seem to have changed.

Speaking with punch correspondent, the Minister of State for Health, Dr Olorunnimbe Mamora, said indeed the new cases in Togo and Cameroon would require a reshaping of the response to the disease in Nigeria.

Mamora said surveillance would be increased at the eastern borders especially.

Share
Previous Osinbajo, the most honest person I have ever met – Gbajabiamila declares
Next Ighalo has proved me wrong –Berbatov