Home / Featured / Chess star Oladapo Adu stranded in Abidjan after going there to represent Nigeria, says his Tunisian colleague has been evacuated

Chess star Oladapo Adu stranded in Abidjan after going there to represent Nigeria, says his Tunisian colleague has been evacuated 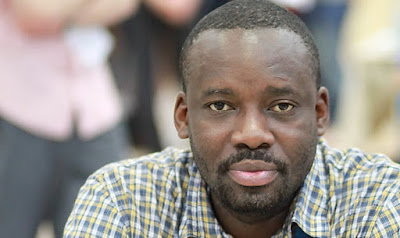 Nigerian chess player, International Master Oladapo Adu, has been stranded in Abidjan, the capital of Ivory Coast, for nine weeks following the outbreak of the coronavirus pandemic.

Adu was in Freetown, Sierra Leone, where he went to compete at the Zone 4.2 Individual Chess Championship but has been left stranded in Abidjan, after his Air Cote d’Ivoire flight was cancelled. Adu said he had to embark on a three-day road trip from Freetown to the Ivoirian capital.

The chess star had arrived Lagos from the US on March 13, boarded another flight to Freetown the following day for the event, with his return flight to Nigeria scheduled for March 22.  However, Air Cote d’Ivoire’s last flight out of Freetown was on March 20, after the airline cancelled all its flights due to covid-19. 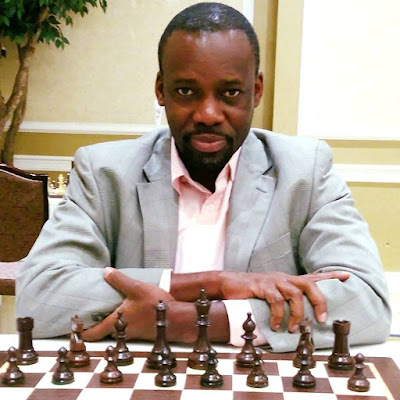 “Once I knew there was no way I could fly, I had to get on the road with two others: one going to Ivory Coast and the other Ghana,” Adu told The Punch in a telephone interview.

“My trip to Ivory Coast was hell; it took us three days to reach Abidjan from Freetown by road. The Ivorian stayed back in Liberia while I and the Ghanaian proceeded to Abidjan and on to the Ivory Coast-Ghana border.”

But after entering Ghana through the Ivoirian border, Adu said he was sent back to Ivory Coast by Ghanaian police, and his missing luggage at the border post further added to his frustrations.

“Somehow, we were able to cross into Ghana but we were sent back by the police. I was sent back to Abidjan, while the Ghanaian was allowed to cross in, this was on March 24. While trying to enter into Ghana, my luggage got missing and all I had with me was my backpack with very few items. I found myself back in Abidjan and have been here ever since March 24,” he added.

Adu, who emerged in second place at the championship behind another Nigerian during the seven-nation tourney, said his three other compatriots and other players at the event were all back in their countries.

“The winner returned to Nigeria in March but it’s as if I came here on my own. The other player who was stuck in Abidjan with me is a Tunisian, but he’s been evacuated from here about a month ago by his country. Prior to that, they kept him in a hotel for all the period he was here and all his expenses were taken care of.

“It’s so sad, family and friends have been sustaining me. I never knew the people I’m staying with here, I was connected to them by Pastor Olu Omotoyinbo and they’ve accommodated and fed me.”

Adu added that he informed the Nigeria Chess Federation and Mary Onyali, aide to the sports minister, about his predicament but has not received any help.

He stated, “I spoke to my (chess federation) president, I also spoke to Mary Onyali and she said she spoke to the minister. But I’m still here stranded; nothing has been done to help me.

“Now, I’m being taken care of by strangers. I had to start learning French to be able to communicate. Though, we went to represent Nigeria, we all paid our way there since we knew there was no money, according to the federation.”