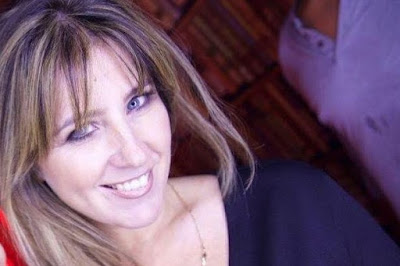 A British teacher collapsed and died after swallowing a bag containing cocaine in a First Class lounge while waiting to fly home from Manchester to Dubai.

Mother-of-three Victoria Buchanan, 42, was drinking a glass of champagne after checking in her luggage when she realised she still had the bag containing £60 worth of cocaine on her.

Mrs Buchanan had earlier bought £300 worth of the Class A drug during a family visit to the UK with her husband Mark, a shipping company boss.

She had £60 worth of cocaine left when she decided to swallow it in the hope of getting it back to Dubai – and moments later she collapsed with a severe seizure when the bag split in her stomach, an inquest heard.

Onlookers at Manchester Airport initially believed Mrs Buchanan was having an anaphylactic shock and administered an EpiPen she had in her handbag for a palm oil allergy but died later at Wythenshawe Hospital.

The bag of cocaine was discovered during a post-mortem. Her elderly parents knew nothing of her drug taking.