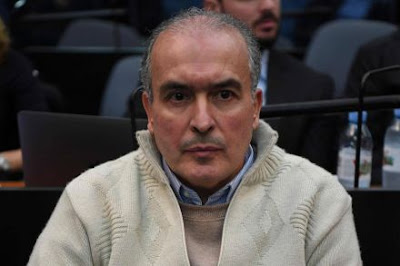 A court on Wednesday sentenced former Argentine minister Jose Lopez to six years in prison after he was caught by police trying to hide bags stuffed with US$9 million in cash at a Buenos Aires convent.

The case became emblematic of the country’s corruption and first emerged when Lopez, 58, was caught red-handed tossing 160 suitcases and duffel bags over a wall into the garden of the convent.

An 80-year-old Catholic nun, Sister Celia Ines Aparicio, who was charged with complicity in the case, was acquitted.

Lopez was part of a group of officials who were close to late president Nestor Kirchner and his successor and wife Cristina Kirchner.

His wife, Maria Diaz, was given a two-year suspended sentence for complicity in the case.

A former deputy minister for public works, Lopez is also suspected of embezzlement in two other corruption cases.