Home / Featured / ‘Are Some Nigerians More Equal Than Others?’ CAN Queries Buhari After Securing Zainab ‘s Freedom

‘Are Some Nigerians More Equal Than Others?’ CAN Queries Buhari After Securing Zainab ‘s Freedom 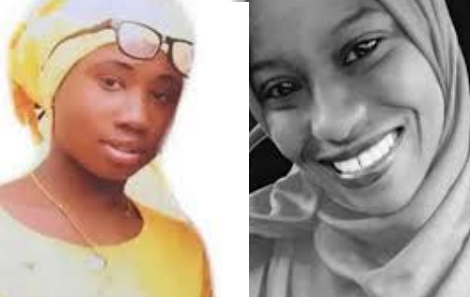 The Christian Association of Nigeria, Northern State chapter, has congratulated the parents of Zainab Aliyu for their daughter’s release from Saudi Arabia detention.

However, it expressed concerns over the continued detention of Leah Sharibu.

Leah was among the 110 school girls kidnapped by Boko Haram in Dapchi, Yobe State in Febuary 2018. After a government negotiated release, Leah remians the only girl in capitvity from the incident on account of her christian faith.

On Tuesday, Rev. Joseph Hayab, Public Relations Officer of the Christian Associaton Of Nigeria, conveyed the church’s position on her continued detention, saying: “CAN Northern states rejoices with the parents of Zainab Aliyu and the government of our country for securing her release after she was arrested and detained in Saudi Arabia for allegations of drug trafficking.

“It is sad that many innocent Nigerians are suffering for a crime they know nothing about. This prompt effort by government is commendable and should be sustained for all and in the future, because this is what we want to see from our leaders in this country.

“But as we rejoice about this development, we are also compelled to ask this important question: Are all Nigerians equal or some are more equal than others?

“We are aware that many innocent citizens of our country have been arrested, some killed and others are still in detention; but we have not heard any directives from Mr. President to his Attorney General to take action about them with this kind of urgency.

“If we want our citizens to be proud of their government and country, then we need to show equal concern about what happens to everyone in this country. We cannot also celebrate the release of Zainab and forget Leah Sharibu who did not commit any crime but has been in captivity for over a year now.

“We, therefore, appeal to President Buhari to direct his security agencies to double their efforts and get Leah released and reunited with her parents. Leah, too, wants to enjoy the protection of her leaders.”

Share
Previous May Day: PDP Felicitates With Nigerian Workers
Next ‘Are Some Nigerians More Equal Than Others?’ CAN Queries Buhari After Securing Zainab Aliyu’s Freedom

Mom shoots dead her children, 3 and 5, their grandmother and herself after losing custody of kids to their father

Photos of Orji Kalu walking out of Kuje Custodial Centre

Governor Babagana Zulum of Borno state; has suspended medical doctors and entire staff of the …