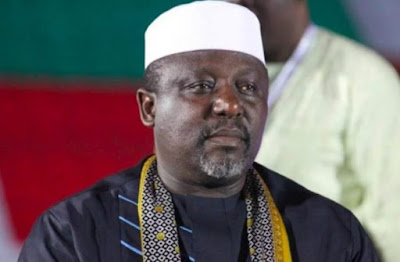 Immediate past Imo Governor Owelle Rochas Okorocha has lamented he was badly treated by the All Progressives Congress (APC).

The party, he alleged, repaid his courage and sacrifices with evil in the south east.

The Imo West Senator challenged the current administration in the state to investigate his eight years in office, saying no government in the state can beat his records of achievement as governor.

Okorocha, whose election was upheld on Monday, expressed sadness that the party he helped nurtured in the south east would pay him back in what he described as evil way by suspending him from the party.