Home / Featured / Anyone who has posted a n.a.k.e.d photo on the internet can not be employed by a reputable company- Dolapo Osinbajo

Anyone who has posted a n.a.k.e.d photo on the internet can not be employed by a reputable company- Dolapo Osinbajo 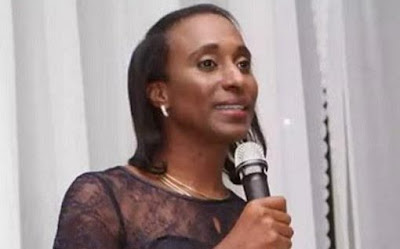 According to the wife of the Vice-President, the Internet is like a cartoon and people who fake it on there don’t look like what they fake in real life. She also advised people to stay away from drugs, nudity and appealed to all to be great citizens of the country emphasising they are all praying for the youths. Her words;

“The people on the Internet do not even look like themselves when you see them, they live on borrowed robs. Internet is just an illusion. It is a cartoon.

“This generation has everything to be happy; during our youthful days, we had no phones, no internet, yet we were happy and have produced great Nigerians for you today.

“You need to be responsible else your generation will end up with pilots, medical doctors, nurses, engineers, bankers, security personnels etc that may be all drug addicts, ” she advised.

She said a Nigerian child needed to be priceless, top class and should not be seen as a cheap product that can be purchased with as little as recharge card.

Osinbajo further appealed to youth using internet to be cautions of their activities on the net as responsible companies at the moment, investigate applicants’ records including those on internet before hiring.

“A Nigerian prince and princess should have a good background, they should not be bought by a mere recharge card.

“The child that has made himself or herself n-ked today on the internet cannot be employed in any responsible company in Nigeria tomorrow, because they will check their internet records before employing now.

The wife of the Vice President also played two videos that discouraged violence against women, drug addiction and alcohol abuse during her interaction with them.