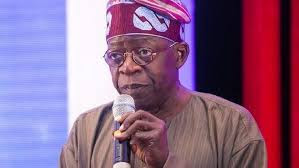 Tinubu gave the commendation in a statement released by his Media Adviser, Mr Tunde Rahman, in Lagos. He also urged the National Assembly to cooperate with the presidency to complete the constitutional process of making June 12 Democracy Day.

“To complete this process, that the president has started via Executive Order, we hope that the National Assembly act with reasonable dispatch in cooperation with the presidency to assure that the requisite constitutional amendments are enacted to fully establish June 12 as Democracy Day,” Tinubu said.

He also said President Buhari and the Federal Government deserved to be appreciated for the wise and visionary decision.

“By this wise yet visionary decision, the president has scored double: first he has accorded respect to the Constitution, which recognises May 29 as the date to inaugurate new terms of office.

“While at the same time, he is ensuring the country moves on the rightful path to formalising June 12 as new Democracy Day.

“This decision soundly balances current legal requirements with the quest for political justice.

“For this feat in moving the country in the right direction, President Buhari and the Federal Government deserve commendation, “he said.

The Federal Government had announced that President Muhammadu Buhari’s inauguration for a second term on May 29 will be low-key and that a number of events slated for the inauguration will be held on June 12.

Tinubu said that June 12 represented an important milestone in the annals of the country’s democratic journey.

According to him, it was the day Nigerians shunned ethnicity and religion to vote for that leader of their choice in an election adjudged clearly free and fair.