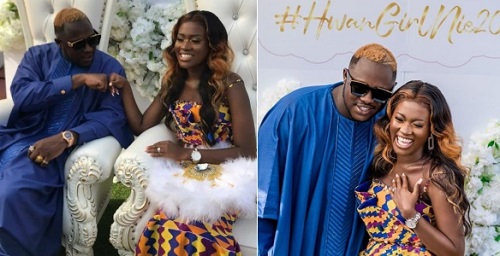 A Ghanaian actress, Fella Makafui has collapsed during her traditional marriage and was rushed to the hospital.

She collapsed during her traditional marriage ceremony to Medikal.

Makafui was said to have collapsed while she was on the dance floor with her husband, Medikal.

The bride has been rushed to the hospital to seek medical attention, GHPAGE reports.

It was later learnt that she came back to complete the engagement ceremony after she recuperated.

“Fella Makafui has regained consciousness and back to her engagement party!”, wrote Jackie Black, an entertainment journalist.