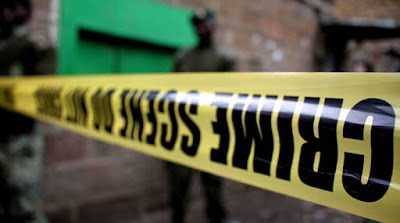 An 85-year-old granny was r.a.p.e.d and murdered after thugs broke into her house at Kahuru village in Engineer area of Nyandarua County, Kenya.

The thugs are said to have made away with household goods as police moved in to investigate the Saturday night incident following the discovery of the murder on Monday.

According to Engineer Town Police Commander Charity Dorcas, the granny had traveled to her rural home from Nairobi to undertake some farming business when the incident occurred.

Ms Dorcas said that the elderly woman used to visit the home once a month to pay farm workers and monitor projects.
The police suspect that the attackers may have assumed that the woman had lots of cash with her and is likely they killed her for allegedly identifying them.

An elder in the village, Joel Kimani, termed the incident shocking and urged police to arrest the culprits..

Meanwhile, police in Mai Mahiu, Naivasha have recovered a pistol, that was stolen from a police officer in Kayole Estate, Naivasha in 2019.

During the raid, the officers drawn from Mai Mahiu police station arrested one suspect and recovered two rounds of ammunition.

Members of the public tipped off the police of the suspect’s hideout.