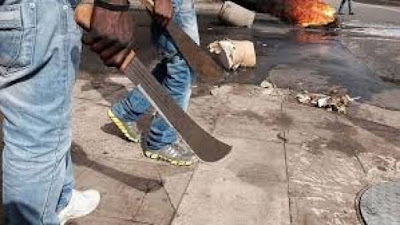 The gangs were in supremacy struggle over who controls the territory when an argument resulted into a free for all, according to the Police..

The Police Public Relations Officer in the state command, SP Orlando Ikeokwu, who confirmed the incident, said that “on the 4/3/20, at about 11:30 pm, the command received a distress call of sporadic shooting around the area as a result of which the Divisional Police officer led a team from the Division, Area Command and SARS annex Okigwe, to the scene where they met two corpses and five others with various degrees of gunshot injuries.”

He said one of the injured five later died, making the death toll three.

He added that the corpses have been deposited in the morgue while the injured were receiving treatment.

Ikeokwu said that the command had made some arrests and was still following up other leads.

In another development, the police said they have arrested a kidnapper, identified as Chinonso Nnaemeka, for abducting and killing one Tobias Okeke Ugo and making away with his Toyota Camry car.

The PPRO said that “on the 22/02/2020 at about 9.50am, the command received a distress call around Umudim, Umutanse Village in Orlu local government area that some armed men abducted one Tobias Okeke Ugo ‘m’ and also took away his ash coloured Toyota Camry car.”

He added that, upon the information, operatives of the Special Anti-Robbery Squad (SARS) responded and arrested one Chinonso Nnaemeka, aged 27yrs of Umutanse Village, Orlu LGA.

The Police said, upon interrogation, he confessed to the crime and led the operatives to where the corpse of Tobias Okeke Ugo was.

The victim was found in the pool of his own blood with deep machete cuts all over his body, while his vehicle was also recovered, he said.

Ikeokwu said that efforts were being intensified to arrest other fleeing members of the gang while investigation is in progress.