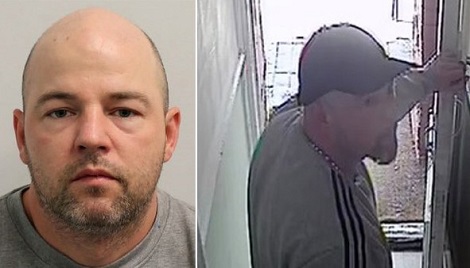 A teenage girl who was r.a.p.e.d by serial s.e.x attacker Joseph McCann has said she feels “failed in every single way”.

The 17-year-old and her younger brother were both attacked after McCann tied up their mother in their home in May.

The girl told the BBC she now lives in a “constant fear of everything” and is “confused” as to why the 35-year-old was not recalled to prison.

It comes after a report said probation staff were warned he posed a risk of sexual offending.

The report disclosed that in 2011, when McCann was in prison for burglary, police shared information dating to 2003 and suggested he “might pose a risk of sexual harm and exploitation to teenage girls”.

In January 2019, he was released from prison and went on to target 11 women and children across two weeks in parts of Watford, London, Greater Manchester, Lancashire and Cheshire.

McCann was sentenced in December to 33 life sentences after being convicted of 37 offences.
The teenage victim said she had “lost everything”, including her Lancashire family home which McCann tricked his way into on 5 May to carry out the sex attacks.

She said: “Before any of this happened I had a lovely home, a close family and a really good job.

“After this happened I lost everything, including my family home of 12 years and my relationship with my family.

“I struggle to sleep each night and live in fear. I can’t be in places on my own and my confidence has gone down since the incident.”

The girl said she had “developed really bad anxiety and I have bad days when I do not want to do anything”.

“There’s not a day goes by where I don’t think of what happened and that man feels no remorse for his actions,” she said.

“My whole life will be controlled from what happened, living in constant fear of everything. I constantly feel like my life is in danger, I question situations during the day and feel nervous around people.”

The teenager and her younger brother were both raped by McCann before the girl was able to escape by jumping out of a first-floor window and then freeing her family.

During the trial she said she feared becoming McCann’s “sex slave”.

“I was my family’s hero and saved our lives – that’s what gets me up each morning,” the girl said.

“Knowing I have my whole life to live and I got away from such a dangerous man shows I have courage and the fact I was able to keep my brother and mother safe is enough for me.”

The girl also said she felt “angered and upset” by failings from the probation service.

“It causes anger and so much upset for everyone that the probation service failed to keep us safe. He has previous for sexual abuse and nothing was acted on,” she said.

On Thursday, the Ministry of Justice said the chief inspector of probation, Justin Russell, would be asked to carry out an independent review of the National Probation Service’s management of McCann and how the process of recalling offenders to prison was working.